James, son of Zebedee (?-C. 44 AD), one of the twelve apostles of Jesus Christ. Born in Bethsaida, he was a son of Zebedee and Salome, and brother of John the Evangelist. Jesus called the two brothers boanerges (Greek for ‘Sons of Thunder’) for their zeal (Mark 3:17). With Peter and John, James had the privilege of seeing the transfiguration and the agony of Jesus in the Garden of Gethsemane. Beheaded in the days of Herod Agrippa I, king of Judea, around the year 44, James was the first of the twelve apostles to be martyred (Acts 12:1-2).

The Apostle Saint James is specially revered in Spain, due to various traditions that say he preached in Spain shortly before his death, and that the Virgin Mary appeared to him in Pilar of Zaragoza, and that was buried in the galician town of Iria. His tomb was discovered in the ninth century, during the reign of Alfonso II the Chaste of Asturias, by the bishop of Iria Flavia, Teodomiro. In the place where his grave was found, was built the cathedral of Santiago de Compostela, a major pilgrimage center during the Middle Ages through the Way of St James. This is because the most common representation of the apostle is as a pilgrim. His feast is celebrated on July 25 and he is the patron saint of Spain, condition acquired in the Middle Ages, during the Reconquista, after his alleged appearance at the legendary Battle of Clavijo, a moment that has generated copious iconography of Santiago Matamoros, mounted on a white horse and strongly wielding a sword.

The Way of St James, a pilgrimage route emerged in the Middle Ages also known as the ‘Jacobean route’. The goal of this route was to reach Santiago de Compostela, where allegedly are the remains of the apostle James. According to a legendary tale, was in the early ninth century when Bishop Teodomiro, of the diocese of Iria Flavia (Padron), discovered the remains of the apostle. In the place of discovery, the Asturian king Alfonso II the Chaste ordered to erect a church, origin of the current Cathedral of Santiago. The news quickly spread throughout Christendom and Santiago de Compostela became a key focus of Christian pilgrimages. Alfonso II of Asturias, who needed a unifying element to his kingdom, turned the apostle a symbol of the fight against Islam, and thus was born the image of James Matamoros, which lavished along the route.

During the tenth century the conditions for the development of the pilgrimage to Santiago were unfavorable, due to the insecurity of the Way and the concentration of Christian zeal in defending against the Caliphate of Córdoba. It is from the eleventh century when this pilgrimage route fully consolidates, coinciding with the growth and economic expansion occurring throughout Europe. Its development was encouraged by the monarch Sancho III the Great (1004-1035) in Navarre, who obtained important benefits of pilgrims passing through his kingdom, while on the land of Castile and León, Alfonso VI (1065-1109) was its staunchest defender. Also in the second half of the eleventh century the best defenders of the Way were the Cluniac monks, who used the route as an element of ecclesiastical renewal and as a way of penetration of the Gregorian reform.

During the tenth century the conditions for the development of the pilgrimage to Santiago were unfavorable, due to the insecurity of the Way and the concentration of Christian zeal in defending against the Caliphate of Córdoba. It is from the eleventh century when this pilgrimage route fully consolidates, coinciding with the growth and economic expansion occurring throughout Europe. Its development was encouraged by the monarch Sancho III the Great (1004-1035) in Navarre, who obtained important benefits of pilgrims passing through his kingdom, while on the land of Castile and León, Alfonso VI (1065-1109) was its staunchest defender. Also in the second half of the eleventh century the best defenders of the Way were the Cluniac monks, who used the route as an element of ecclesiastical renewal and as a way of penetration of the Gregorian reform.

Road infrastructure of the Way was based on a path from the Roman era in which small changes were introduced to consolidate the final route. Coinciding with the heyday of the pilgrimage route, along the Way emerged hospices and hospitals that gave shelter to the pilgrims. Also began the building of bridges and the repairing of paths. At the beginning of the twelfth century the main itineraries of the route to Santiago were already fixed as the first guide of the Way of St James shows, appearing in 1139, and which is in the book V of the Codex Calixtino.

From France, the main routes passed through Somport and then by Jaca or through Roncesvalles and Pamplona. The two routes were unified in Puente la Reina and from there the Way headed for Estella, Logrono, Najera and Santo Domingo de la Calzada in lands of La Rioja; Burgos, Castrojeriz, Frómista, Carrión, Sahagún, León and Astorga in the Meseta del Duero; Ponferrada and Villafranca in the Bierzo; Cebrero, Portomarín Triacastela and Palas del Rey in Galicia, to finish in Santiago de Compostela.

In addition to these main itineraries, there were other secondary roads leading pilgrims to various places of worship. Until the thirteenth century was developed the most brilliant age of the Way of James, who witnessed the passage of all types of pilgrims who from any Christian region of Europe flocked to Santiago motivated by various interests, both religious and economic.

Pilgrims used three basic elements that soon became his distinctive symbols: the pouch (backpack), the drone or cane and pumpkin to store wine. It was also in the thirteenth century when consecrated the monumental Cathedral of Santiago. The ceremony, which took place in April 1211, was attended by King Alfonso IX (1188-1230) under whose sovereignty was Galicia.

3. ITS ECONOMIC AND ARTISTIC IMPORTANCE

But the Way of Santiago was not only a religious pilgrimage route. The Jacobean route allowed linking the Christian kingdoms of the Iberian Peninsula and European countries. Thanks to it came to Hispanic lands many streams of thought, literary and artistic elements and different behavior patterns. Communication is also given in reverse and Christian Europe knew through the route the Hispanic cultural legacy.

The route to Santiago also exercised a great influence on the economic and social life of the Christian kingdoms of the Iberian Peninsula. The animation of the Way encouraged the arrival of various groups of artisans and merchants, mostly foreigners, who ended up settling on a permanent basis in different places along the route, giving rise to different towns or villages. These foreigners were called ‘Franks’, though not always came from France. The inhabitants of these villages received important privileges in the founding charters of their cities. So, the Jacobean route was witness to the birth of the bourgeoisie, which starred several anti-lord revolts along the Way.

From the artistic point of view, the Way played a primordial role. With this route became widespread in Hispanic lands an art form of an international nature, Romanesque, which received mostly in its French version. The Romanesque materialized brilliantly in places like Jaca, Frómista, Leon and Santiago. In parallel, the European Romanesque elements met Muslims who were transferred from the Iberian peninsula. In the thirteenth century, the pilgrimage route will become a route of reception of Gothic art.

In the last centuries of the Middle Ages pilgrimage to Compostela experienced some decline. The Black Death, frequent European wars, the schism that occurred in the Christian world in 1378, among other reasons, damaged the booming development of the pilgrimage to Santiago.

5. THE MEANING OF THE EXPRESSION: ULTREIA ET SUSEIA

Ultreia (from Latin ultra-beyondand-eia-interjection to move-) is a greeting among pilgrims of Camino de Santiago. It also serves to encourage each other in their journeys on foot (or horse or bicycle) along the roads to Santiago. Comes to mean “Go beyond”, “Go forward”, “Hurry, go ahead” (to Santiago de Compostela).

This Jacobean greeting was taken from the Codex Calixtinus. In it appears the phrase “Ultre ia Et Sus eia! Deus adjuva nos!” (“We’re going beyond and above! God help us!”).

It seems that once pilgrims greeted saying “Ultreia, suseia, Santiago” (“Courage, that beyond, above, is Santiago”). It was also suggested that when a pilgrim greeted another saying “Ultreia” (“We go beyond”) the other would answer with “Et suseia” (“And we go above”). 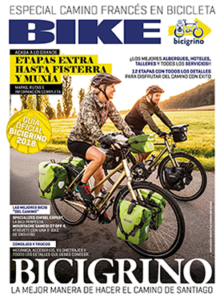 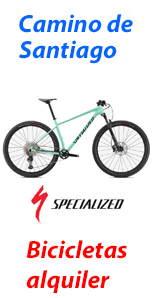 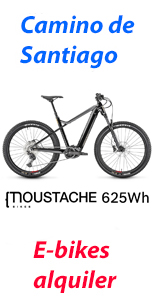 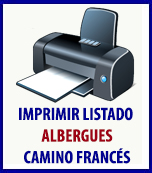